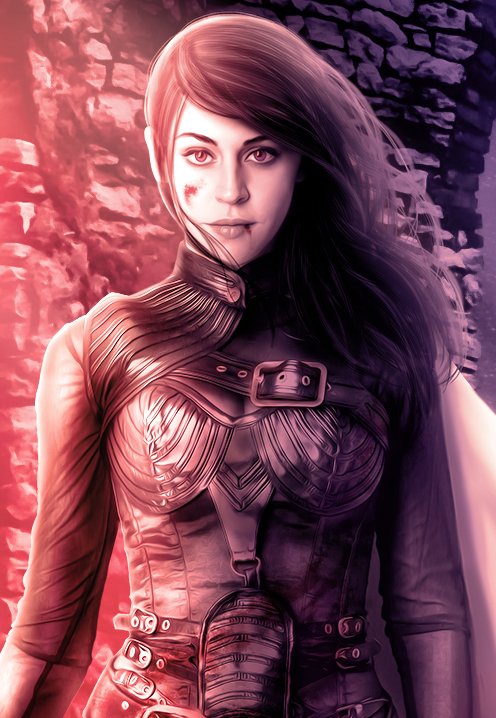 Lisette and Adano were the starting point of From Blood to Ashes. I usually build worlds and characters together, but since Prime was already made, thanks to The Lost Princess of Howling Sky, I had a pretty concrete setting to play with.

The Lost Princess of Howling Sky is mostly about the werewolves of Prime, but there are glimpses of the vampire side of the world, too. These two cultures are, in some ways, mirror images of each other. Blatant sexism and abuse was something I wanted to explore in this world. Not because it’s pretty, but because I wanted to show how damn ugly it is. Both ways, all ways. Discrimination is awful and wrong.

From Blood to Ashes is a dark fantasy, so it deals with many ugly things, but that isn’t the heart of the story. The heart of this story and every story I’ve ever written is always love, because I believe that’s the most powerful force in the world. With love, we can conquer anything.

Lisette is a warrior. She’s been raised to kill and she’s damn good at it. Someone meeting her for the first time might call her heartless, but those who have worked with her know she’d lay down her life for a teammate.

Lisette does and has done awful things, but she, at her core, is compassionate. This was not easy to convey. How do you make a character sympathetic and someone a reader would want to cheer on when that character has trouble expressing her feelings or even acknowledging them and when she’s let bad things happen because that’s just the way it is?

I had to work with those questions, explore them from every angle I could think of, as I wrote Vampire Captives. Of course, that’s only the first book in the series, so Lisette has a lot more growing to do, but I wanted the reader to love her in the first book, to see the deeper parts of her by her actions and by reading between the lines.

Hopefully it worked out! I’ve done the best I know how to do. That’s for sure. I’m very proud of these characters. The relationship between Lisette and Adano is beautiful, maybe the most beautiful relationship I’ve ever written. Why? Because nothing compares to growth. Growing with someone is… amazing. Nothing stays stagnant, so relationships have the potential to diminish or grow for a lifetime. And maybe beyond.

I hope you’ll take Lisette’s journey with her. She has a story to tell, about hope and love, and she’s ready to share. 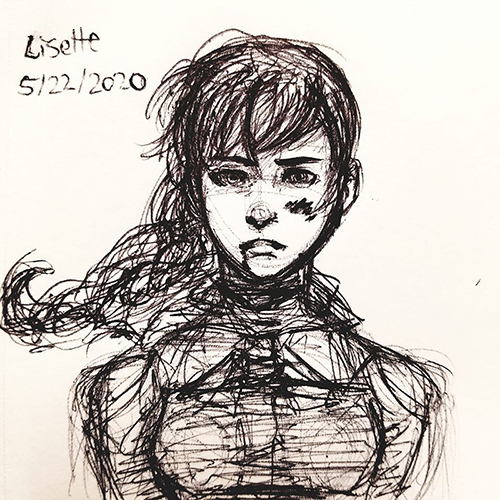 A bonus! I did a doodle of Lisette. It’s always interesting to see what comes out of my head without reference.