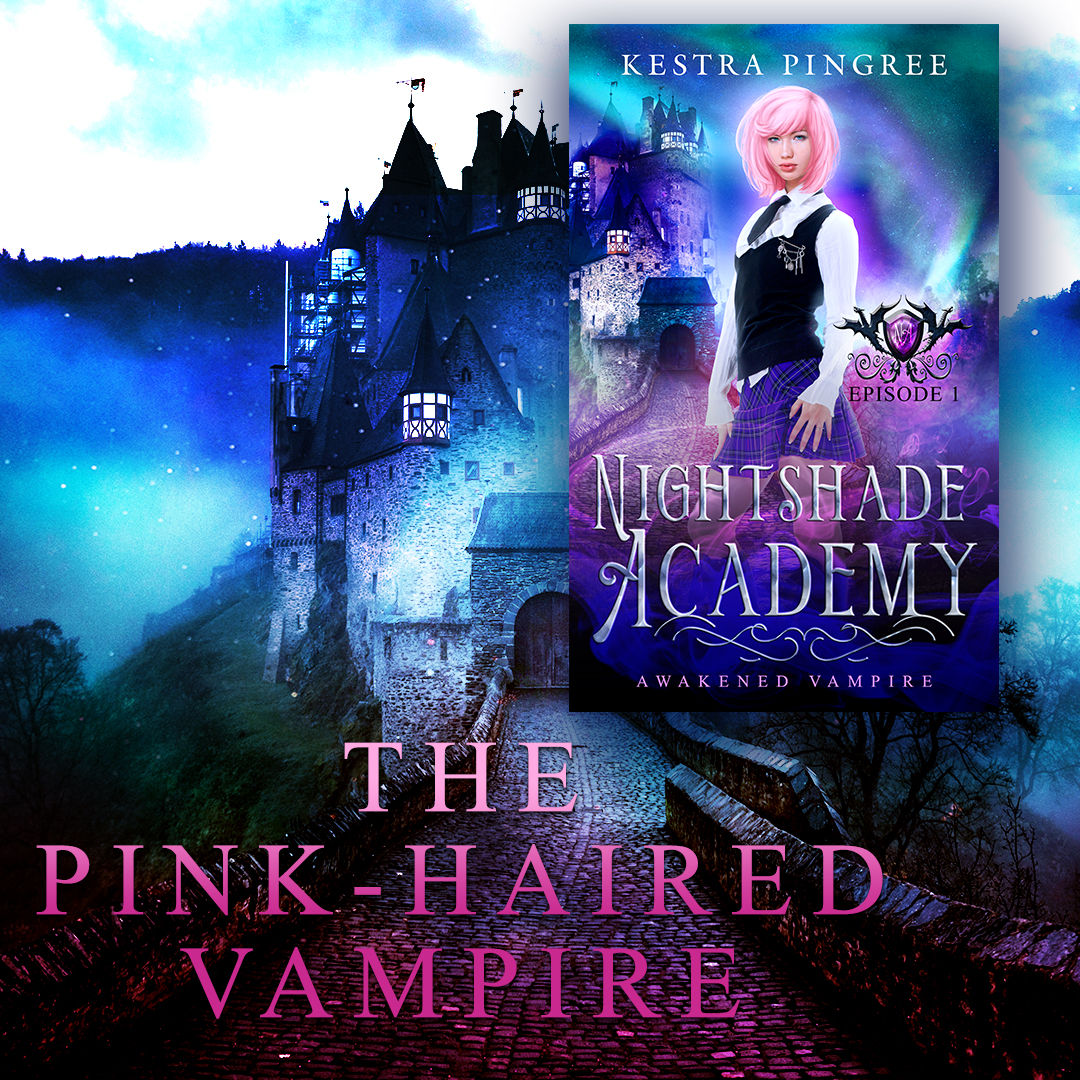 I had an idea for how an aura reader might see people’s “souls.” It involved colors. Or Colors as Nova would call them.

Nova is the perspective character in Nightshade Academy. That story is hers.

Nova perceives the world very differently from most people. You could argue she sees it in a way no one else does. Period.

Instead of skin, she sees your Color. She describes those Colors as colors “everyone else” can see, but it’s an imperfect comparison, which makes her frustrated at times.

Clothes typically hide Colors just as well as they hide skin. Hair can extend out from Colors like an accessory.

As you might imagine, sight is a very important sense for Nova. When her vampire genes awaken, her sense of smell and hearing become equally as important–or incessantly demanding.

However, just as Nova’s vampire senses aren’t interested in plants or animals so much, this distinction of Color doesn’t apply so strongly to everything. All living things have Colors, but Nova is tuned to human Colors specifically.

Faces aren’t something she sees often, not in the way you or I do, but sometimes she can. If those faces appear through a screen or are reflected in a mirror, her eyes work the same as the majority of people’s.

She knows how “everyone else” sees the world.

It’s a strange thing, feeling so alien when compared to everyone else. That combined with Nova’s abnormal upbringing means she’s a very internal person.

She’s a freak. Her mother moves her around constantly and forbids her from making friends.

When we feel like we’re so removed and different from everyone else, it’s easy to do that. Sometimes all it takes to combat that is to have just one person who understands you. Or at least accepts you.

That’s the kind of love story I’ve built inside of Nightshade Academy.

Oh, and you wanted to know why Nova’s hair is pink? She dyed it pink to match her Color as closely as possible.

Next I’ll talk about Kian. The boy who manages to open up Nova’s heart. Eventually. 😉