Skip to content
Home » News » Books » Vampires for Everyone 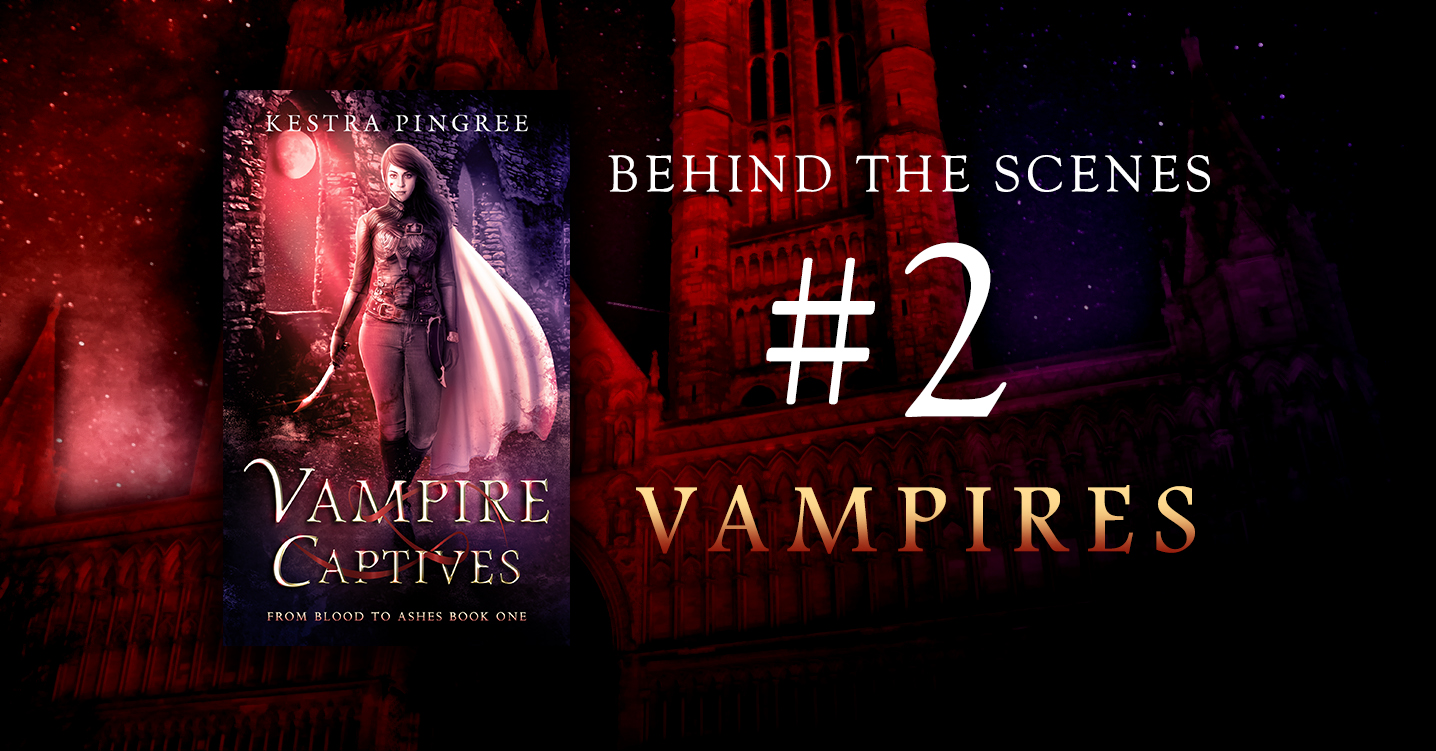 I must confess I’ve never read Dracula, which I believe is the classic vampire novel. Don’t quote me on that, because that’s how little I know about Dracula. There have been so many versions of vampires that it would be interesting to know how everyone who likes them got started on them.

I wish I could remember how I got started on them. I believe I saw the Vampire Knight anime before I read Twilight, but I can’t remember anymore. It’s been years, and I’m old. Both of these stories are paranormal romances. The rules they set for their vampires are quite different, though.

That’s the fun part. Each creator who’s played with the concept of vampires knows what I’m talking about. Each vampire-loving reader, too. Which reminds me, I want to rewatch Shiki. That anime was a trip.

Obviously, I have vampires on the brain. The series I’m writing currently, From Blood to Ashes, is all about two vampires: a badass vampire warrior named Lisette and a mysteriously gifted, and extremely coveted, vampire named Adano.

Vampires are traditionally dark creatures, though there have definitely been lighter renditions of them. I’d say Twilight is lighter, most romances are, whereas something like Shiki is straight-up horror. I’m calling From Blood to Ashes a dark romantic fantasy, so it’s the best of both worlds. Probably.

What are your favorite vampires and why? Is it because of the rules that dictate what they are or is it because you fell in love with a specific character? I’m dying to know.

I’m biased and love my vampires the most, but I think that’s a good thing. I put everything I wanted a vampire to be in this series and world–the adult version. I have my YA version of vampires in Nightshade Academy.