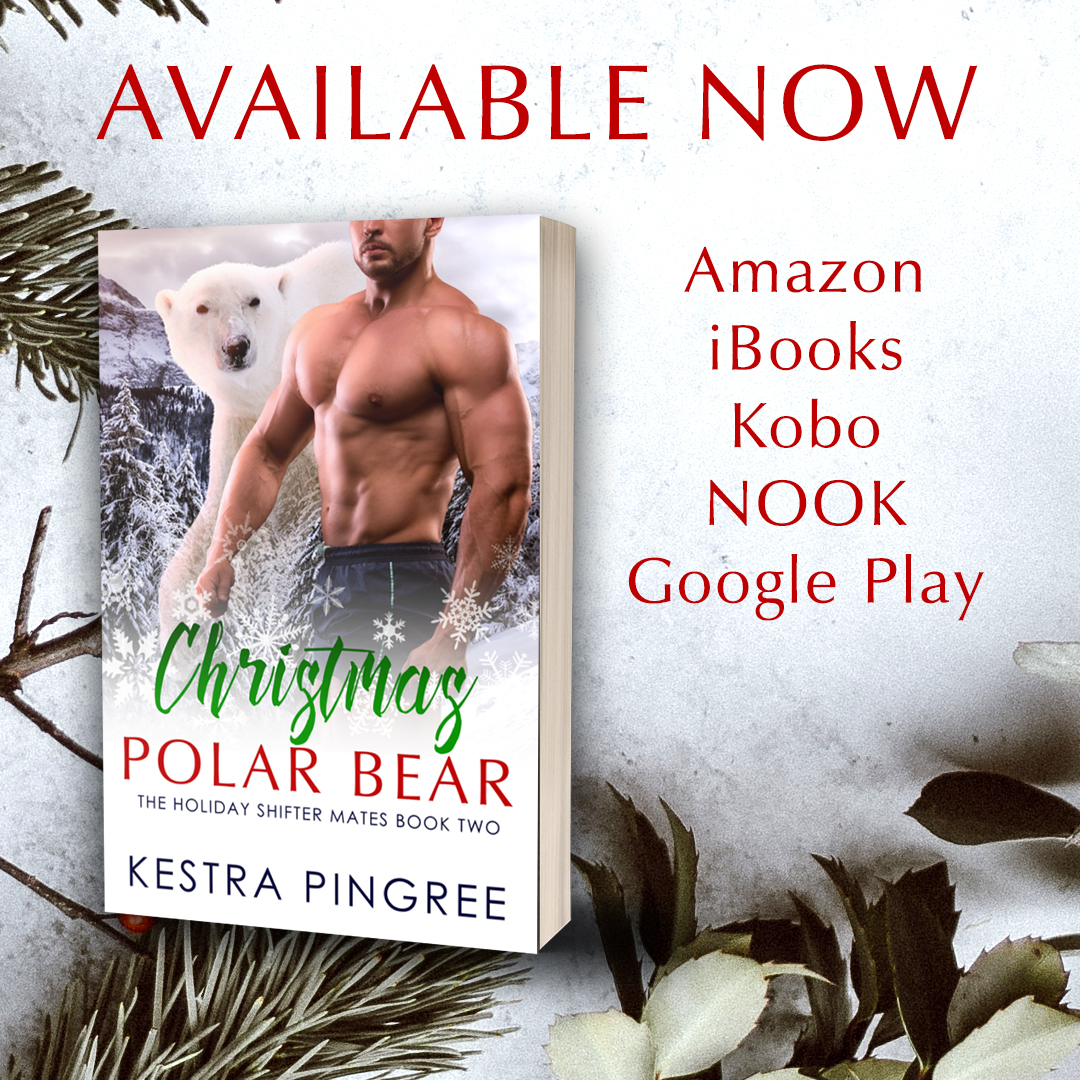 Halloween is over. Let us all take a moment of silence as it won’t come again for another year.

Some of you will hop right on to Christmas. So I’m here to tell you, Christmas Polar Bear is ready to be read! Everywhere. Amazon, iBooks, NOOK, Kobo, Google Play, it’s there as an eBook. The paperback is also available on Amazon and Barnes & Noble.

He groaned and kept his eyes closed. Cedar rolled up her imaginary sleeves and tested her human biceps by giving them a tight squeeze. Then she braced herself. She moved forward, looped an arm around Gale’s waist, and grabbed the arm closest to her, forcing Gale to wrap it around her shoulder and lean on her instead. He ended up sort of falling onto her. She groaned under his weight, and her legs protested, but she managed to take a step forward, and Gale managed to follow her lead. She was not thinking about his hot skin on hers. Not at all.

The journey across Gale’s room should have been short. It didn’t take that many steps to get from the doorway to his bed, but drunk Gale was very done cooperating; he was determined to sleep standing.

“Come on, Gale. Just a little farther,” Cedar said, more for herself than him. She tightened her grasp around his waist, ignoring how nice his skin felt against hers. His arm began to slip off her shoulder, he sank into her, and his hand brushed against one of her large breasts. Her face heated up. She couldn’t believe the ridiculousness of this whole situation. And now her traitorous body was on fire. That one little touch—accidental touch—got her way more excited than it should have.

“Down you go.” Cedar did her best to maneuver Gale, but she couldn’t get his heavy arm off from around her shoulders. So when he bellyflopped down onto the bed, he ended up taking her with him. Now she was trapped underneath his arm and part of his chest. It was at an uncomfortable angle too; she was hanging half-off the bed.

“Gale!” she protested. “This is absolutely ridiculous.” But he was already snoring.

Cedar wiggled and shimmied her way out from underneath him. She probably touched almost every inch of him by the time she was through. She was quite sure her hand touched his dick. She was red-faced and worked up when she was standing again. She sighed. And she stared. She should’ve left then. Instead, she listened to his soft snoring, watched the slow rise and fall of his chest. She found a blanket tossed aside and covered him with it. She didn’t know if she did it as a kindness or if she did it for herself.

“Spirits,” she murmured. She was turned on high and melting.

She left and closed Gale’s door, allowing him his privacy before heading for her own room. Clothes were the first thing on her agenda. When she was in the safety of her own room, with the door closed, she searched through her meager belongings. But her hand found its way in between her legs anyway. That buzzing energy in her core wouldn’t leave, and it wasn’t Solsis.