There are few authors who make me feel things deeply enough to cry. For that alone, these authors earn a place in my favorites. To be clear, there are a lot of good authors that make me feel and experience the story they wrote internally, but that's as far as it goes. I'm not a crier. Crying, physically crying, is a big deal for me.

There are two authors that have made me cry. Neal Shusterman is number one. Patrick Ness is number two. Neal gets number one because he's made me cry twice. Patrick has made me cry once. To be fair, I've only read one of Patrick's books so far, A Monster Calls, but I think so highly of it that I went and bought four more of his books, so that may change.

Let's talk A Monster Calls. I heard about the book when I saw the trailer for the movie adaptation. Whenever I hear a book is being made into a movie, I always get curious about the book—especially when it seems like something up my alley. So, I went to the store to check out the book. I bought it when I fell in love with the cover and the beautiful art inside. Decision made.

This was one of those books I read the same day I bought it. I couldn't put it down! Patrick Ness is a master storyteller. His writing is beautiful, and the way he explored the very real heartache in A Monster Calls resonated with me. The possibility of losing someone you love to cancer, or anything else, is something a lot of people will have to face or have faced in their life. This inevitably made the story heavy, not at all a light read. Despite the reality of it all, there was also a fantastical aspect to the story which I'm a sucker for. I do the same thing in all of my stories. There has to be some fantasy in there somewhere. Why? Fantasy gives us a deeper look into the world around us by getting at it from a different angle.

A Monster Calls is in a branch of storytelling called magical realism—or at least, what I've come to call magical realism. The situation and the world is real life, contemporary, in its setting. However, there's another aspect of the story that is fantastical or magical in nature. In the case of A Monster Calls, this magical aspect is the monster.

Patrick Ness uses a monster to help the main character, Conor, make his way through the pain and anger he is feeling about his mother's fight with cancer. Conor calls the monster for help. The monster tells Conor three stories about the complexity of humanity. He explores his rage and things get out of hand as they often do when people are faced with serious emotional trauma. Conor is forced to face his feelings, the hard situation, and eventually let go.

Healing isn't an easy process. Before we heal, we have to accept the full extent of whatever is making us fall down into the pit of despair. Patrick Ness tackles these truths in A Monster Calls. He explores what it is to be human. This is my favorite kind of storytelling. I love a good entirely fantasy book as much as the next person, but magical realism is probably my favorite.

I saw the movie when it came out and was impressed with it, too. As always, a movie can't be THE BOOK, but it was GOOD and SOLID. The movie kept the integrity of the original story. It married the real and magical aspects like the book did and had the same feelings. I was so impressed by the adaptation that if someone isn't a reader, I wouldn't feel bad just recommending the movie. That's saying something!

Go forth and read, or watch, A Monster Calls. You won't regret it.
I went and bought the movie too when it came out on Blu-ray. 😀 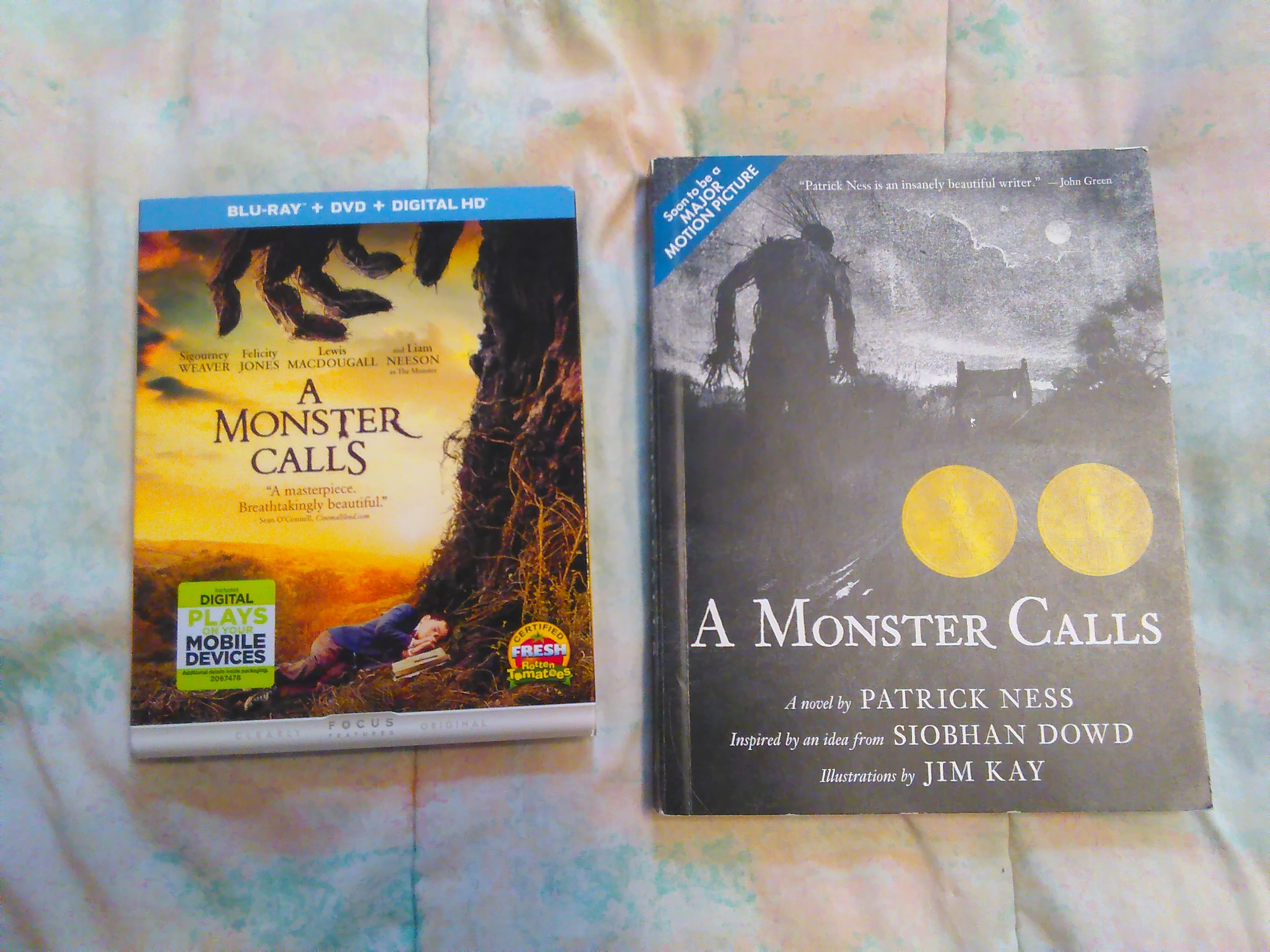 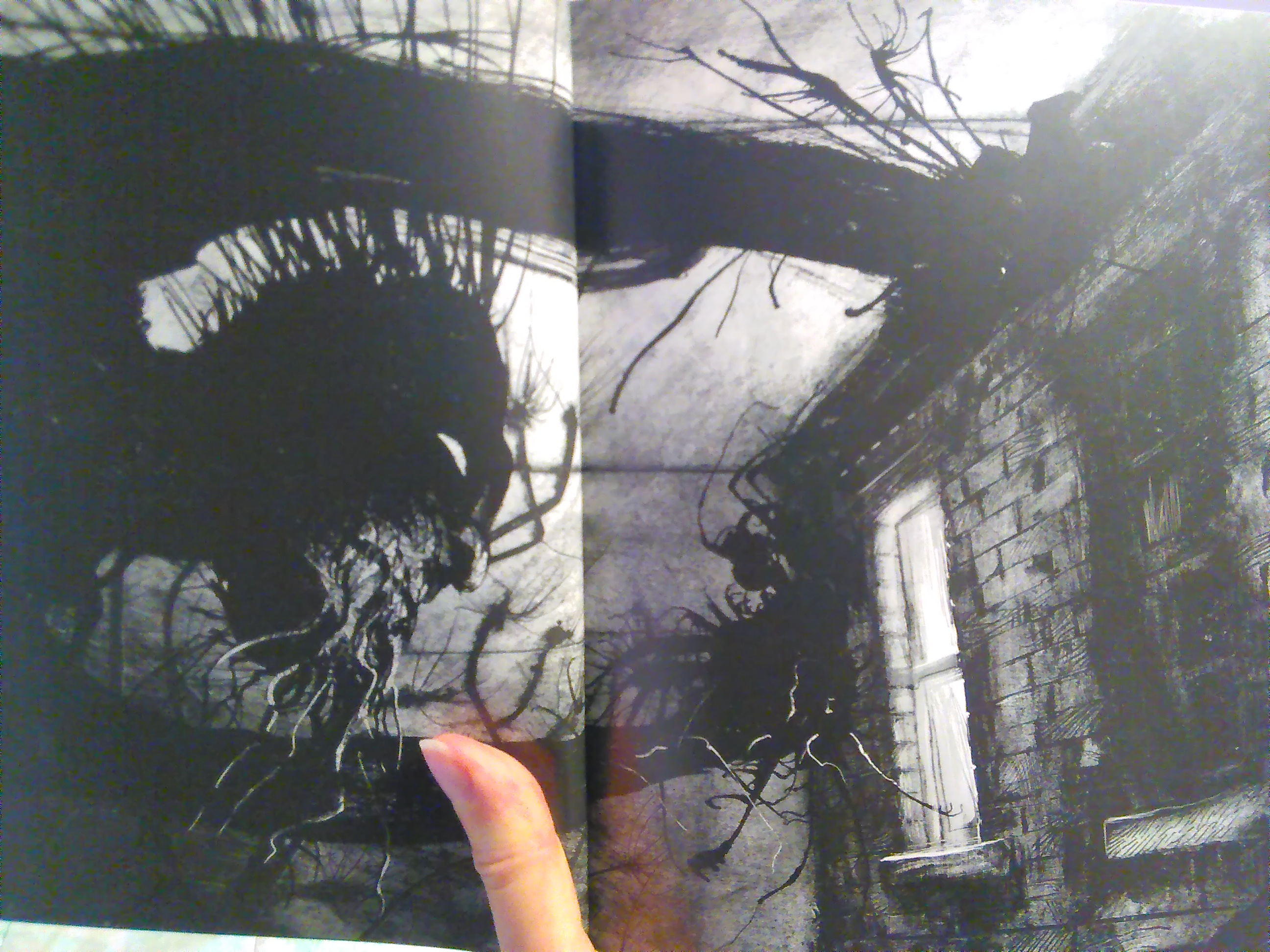 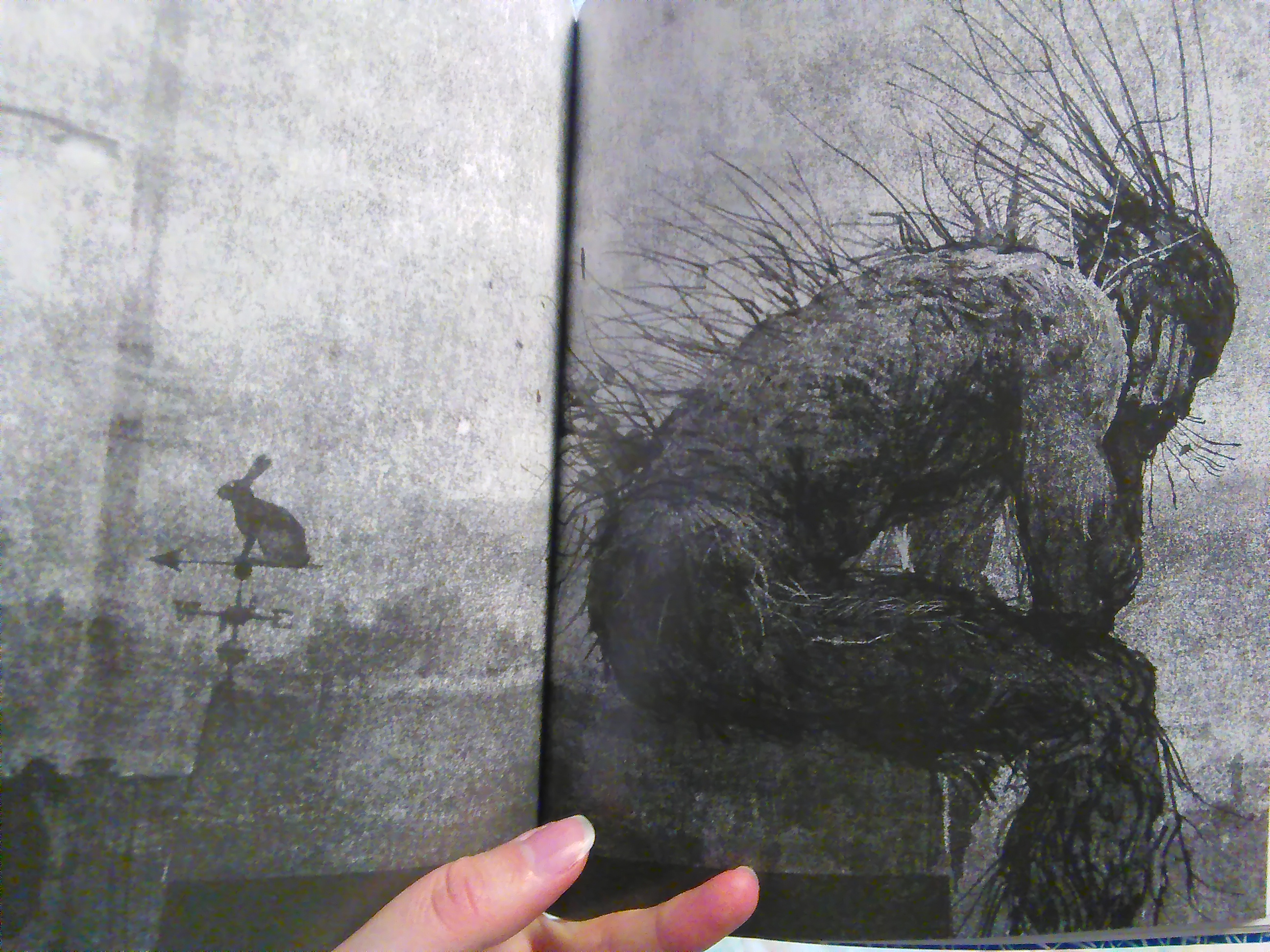