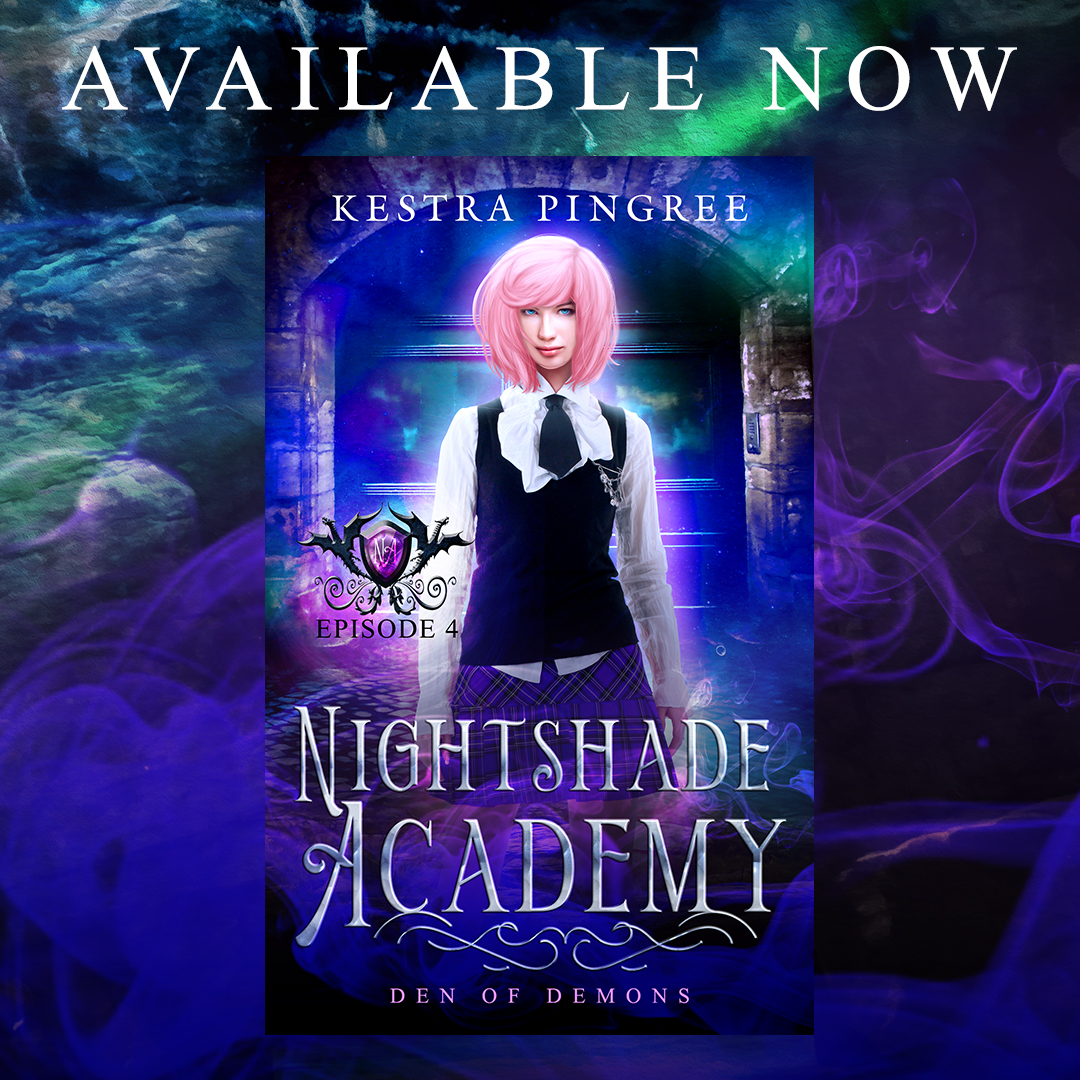 It’s a blizzard outside my house today which is fitting. Today Den of Demons is officially released. It’s the fourth episode in Nightshade Academy, where Nova finds herself trapped inside an ice cavern with a terrifying demon and a wily witch. At least she has Kian and Archer with her–assuming Archer is on their side.

What secrets will be uncovered? Will Nova and friends get out alive? What about Nightshade Academy and Kian’s visions of fire?