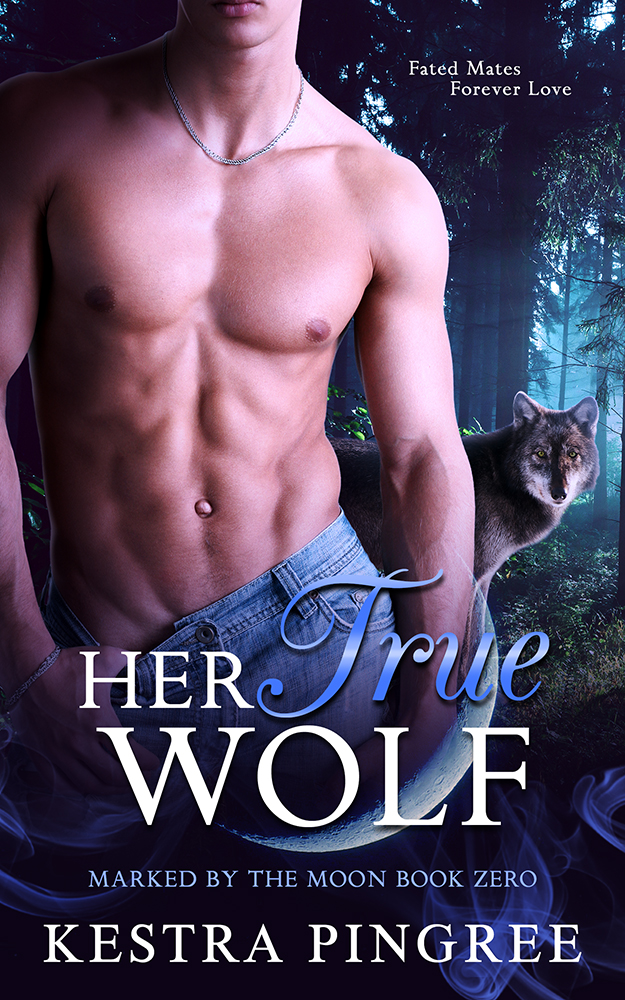 Her True Wolf is up for preorder! If you aren’t one for newsletters, that means it’s available to you. However, it’s also still available for free if you sign up for my newsletter—but only for a short time.

Here’s a little look inside the book:

Shit. Just what he didn’t want. He was about to attempt to talk her down and tell her that it really wasn’t a big deal when she somehow managed to bend down in that skintight red dress of hers and more closely inspected his foot.

“What did you do? Walk a million miles to get here tonight?” she asked.

“Pretty much.” He caught her hands when she started to stand, making sure she wouldn’t fall over.

“Your hands are all jacked up too,” she accused, slipping out of his grasp. “Don’t tell me.” She held her hands in front of her like a barrier. “I don’t want to hear the story. We’ll fix you up when we get to my house.”

She said she didn’t want to hear his story, so he wasn’t going to tell it. It probably wouldn’t have been a good idea to tell her he was a wolf right off the bat anyway. Come to think of it, he wasn’t sure what any human would think if they found out what he was. All shifters must have been secretive in their own way because they weren’t common knowledge.

“Hey, Mom, sorry about bringing home a criminal, but he looked like a lost puppy and I just felt so bad,” Karol said into the night.

“I can hear you, you know?” Casey remarked.

She carried on her fictional conversation with her mother and Casey settled on watching her back, her curly red hair blowing in the wind, the red skirt hugging her elegant legs, and those freckles all over her skin. He loved them. He wanted to taste them, run his fingers down them.