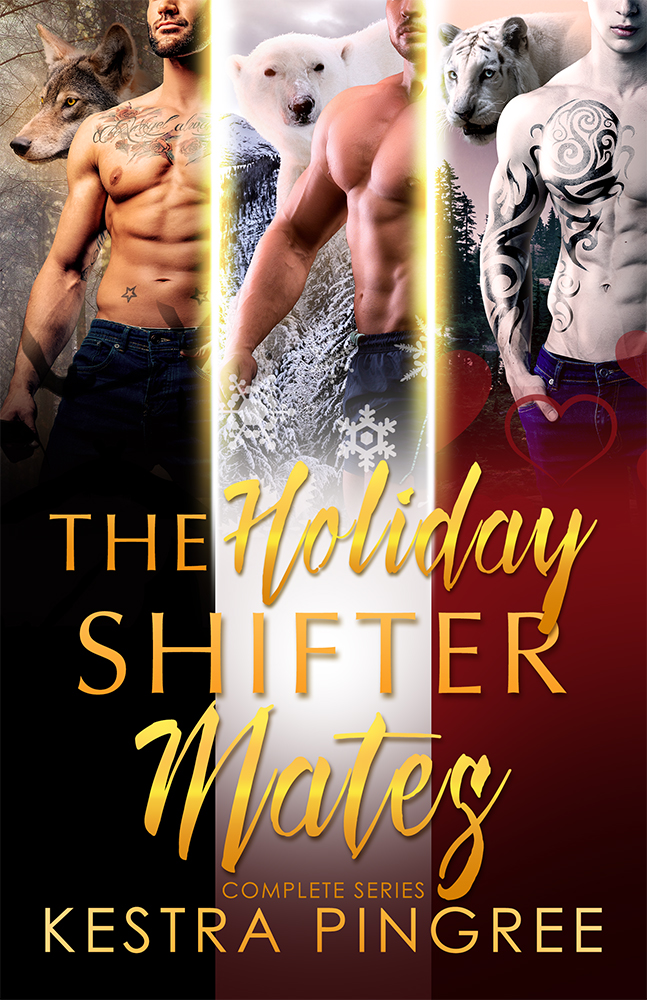 The holidays are nice, but they’re better with soulmates.

Halloween Werewolf
After four years away, Mateo is returning to the town where his parents were murdered on Halloween to get revenge. Austin, now a school teacher, never stopped pining for the werewolf boy who left him without explanation. When fate brings these first-time lovers together again, Austin is determined to keep Mateo no matter what.

Christmas Polar Bear
Gale is mourning his late mate, but he’s doing his best to raise his cub while running his little shifter community in Eurio, Alaska. Then Cedar barges into his life with instructions from the shifter powers that be to organize his mess, and she steals his heart too. With Cedar around, Gale dares to hope that Christmas might be a time filled with love and family again.

Valentine’s Day Tigers
Lance and Yuri are Siberian-tiger shifter twins and nearly inseparable. Their codependency was made worse when Yuri got sick years ago. Lance vowed to never leave Yuri’s side, not even when he fell in love with a genderqueer singer named Ash. Then Yuri was cured, the brothers’ dynamic began to shift, and now Lance has to know… Will Ash be his Valentine?