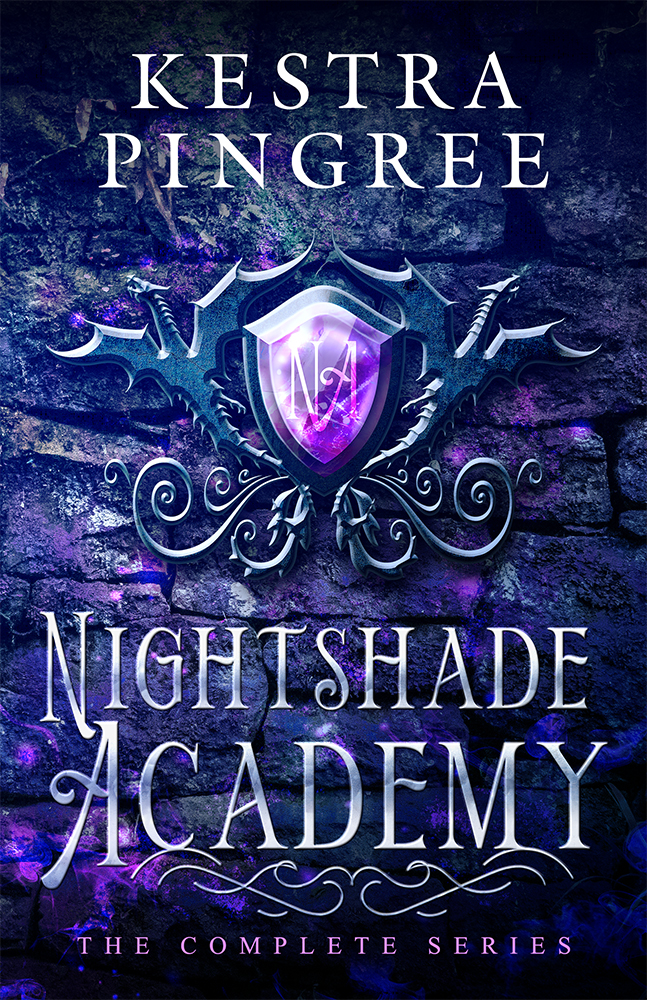 Some people carry the blood of demons.
They often appear normal.
They may even be unaware of it themselves.
Until the curse activates.

When a monster awakens, someone usually ends up dead.
But not all hope is lost.
All monsters are welcome at Nightshade Academy.

Eighteen-year-old Nova Ray didn’t have big plans for the future. She was comfortable living life quietly and unseen with her mother, but all of that changed the night a mysterious man triggered her curse and revealed her vampire nature.

Nova would have killed someone that night, maybe even her human mother, if she hadn’t been found and taken to Nightshade Academy first.
But her troubles are far from over.

Nova’s in lockdown.
Nightshade Academy is supposed to rehabilitate monsters. The goal is to teach them how to control their monster natures so they can rejoin human civilization.
But Nova’s bloodlust is insatiable and picky. She’s fixated on a star student: Kian Salazar. He wants to help her, but she can’t stop thinking about drinking his blood.
It’s all too much.
What if she kills him?

If the curse consumes Nova, she’ll truly be a monster.
And there’s no going back from that.