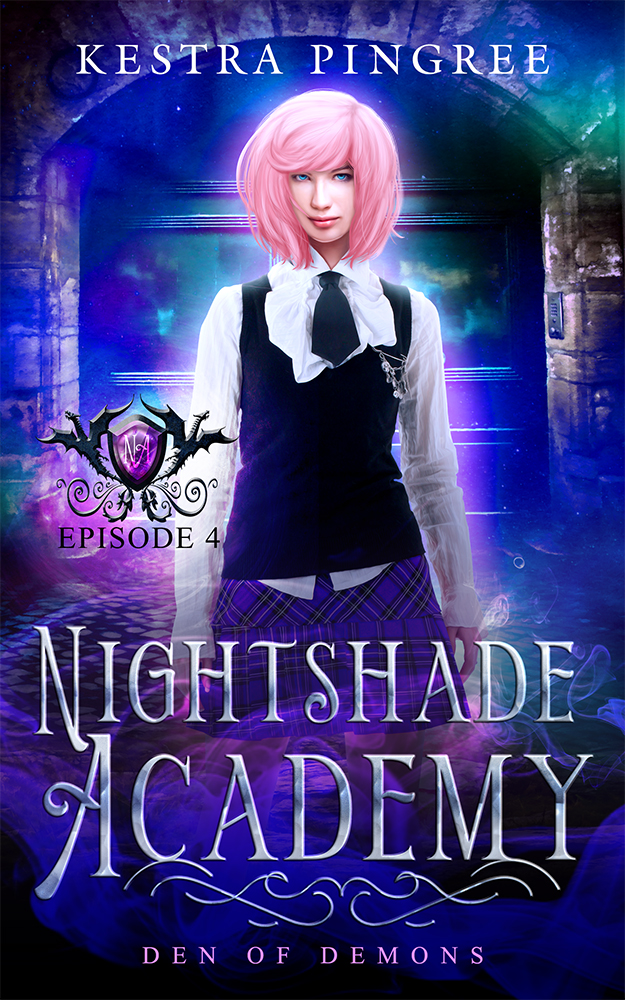 Ice ruins permeated by death.
A deranged vampire and her pet demon.
Visions of Nightshade Academy on fire.
Just another chapter in the nightmare that has become the life of Nova Ray.

Helena, Nightshade’s benefactor, wants me and my twin, Archer, to find some portal leading into another world, one full of angels and demons.

Kian, our clairvoyant tagalong, wants to stop Nightshade from burning to the ground, but he doesn’t know who or what causes the fire in his visions. Helena is as good a bet as any after what she did to him, though.

Nightshade hasn’t seen her true colors. We have. If Archer and I don’t do what she wants, she’ll kill Kian, and she’ll make me watch every bloody second of it.