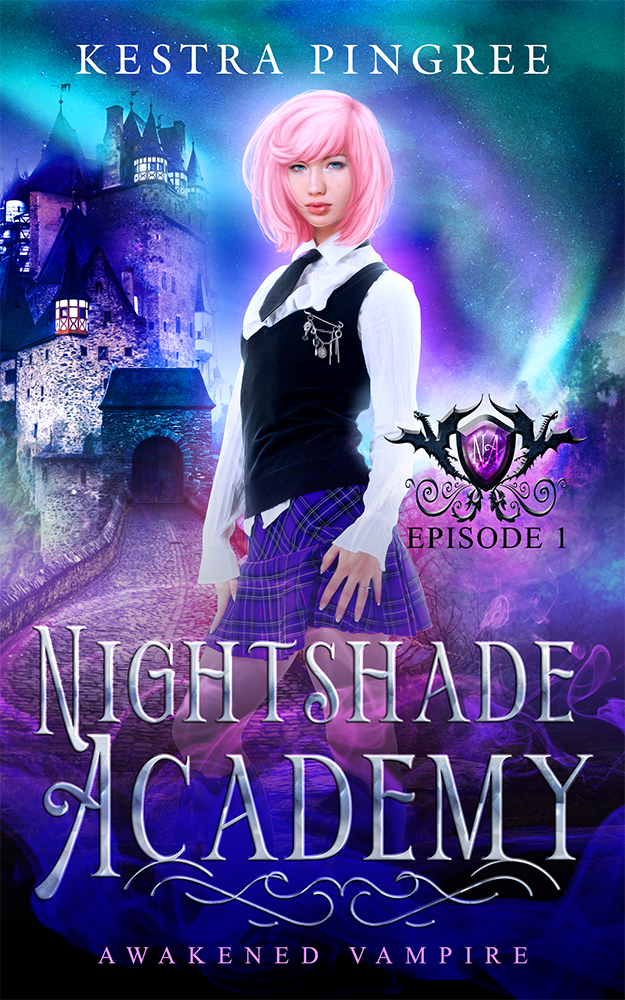 Vampirism.
An academy made for monsters.
A guy I want to eat because of a targeted and insatiable bloodlust.
That’s what my life has become.

I’m used to being the weird girl.
When I look at people, I see their Colors instead of their faces.
But I never thought a vampire would rip out of me when a mysterious man told me these simple words: “Your blood is mine.”

The timing was too perfect.

Right after that, the headmaster of Nightshade Academy kidnapped me before I could hurt someone with my newly “awakened” vampire genes. Now she’s making me attend her school until I’ve relearned how to be a civilized human being.

Well, I want out. I just graduated high school, and I’m not doing college.

Mom is probably worried sick about me.

Then there’s Kian. He’s a student at Nightshade Academy with a Color that’s the perfect complement to mine.

His smell is intoxicating. He fires up my bloodlust without even trying, and that’s when I realize how in trouble I really am.

If I can’t control this bloodlust, I’m going to kill someone.