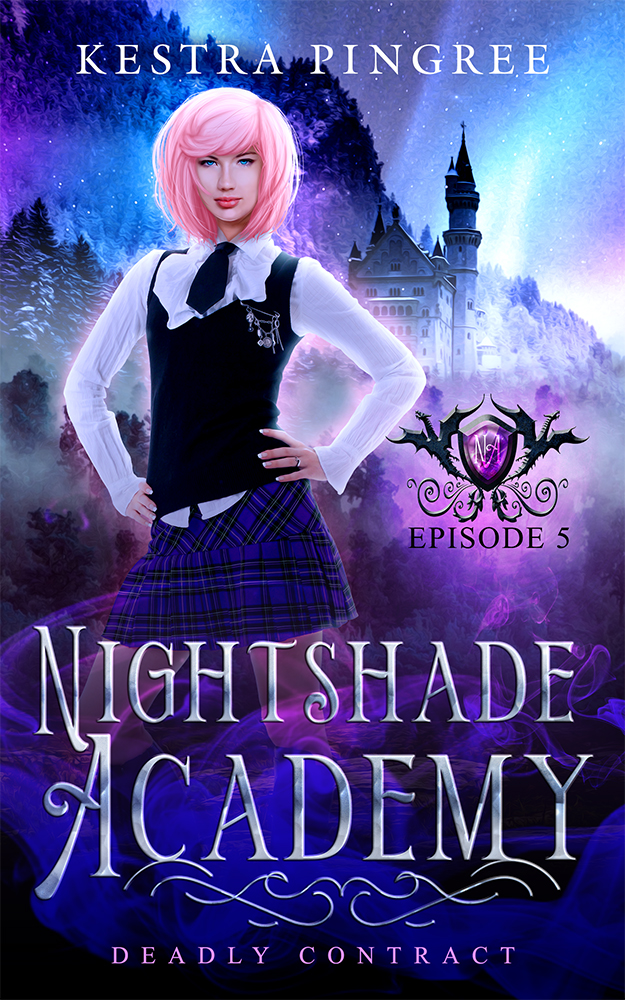 Nightshade Academy is going to burn, and it’s all my fault.

Kian and I thought the witch called Helena would start the fire in his visions. We were wrong. It’s Eduardo, my father, the vampire who made me and my twin, Archer, what we are.

Madeline, Nightshade’s headmaster, saved me before Eduardo could torture me, but Archer wasn’t so lucky. Eduardo knows Nightshade’s location because he’s been tracking Archer’s every move. If Madeline hadn’t taken pity on us, Nightshade would be safe.

But there’s no time to dwell on what-ifs. We have to save everyone before it’s too late.

Eduardo started all of this. Now we’re going to finish it.